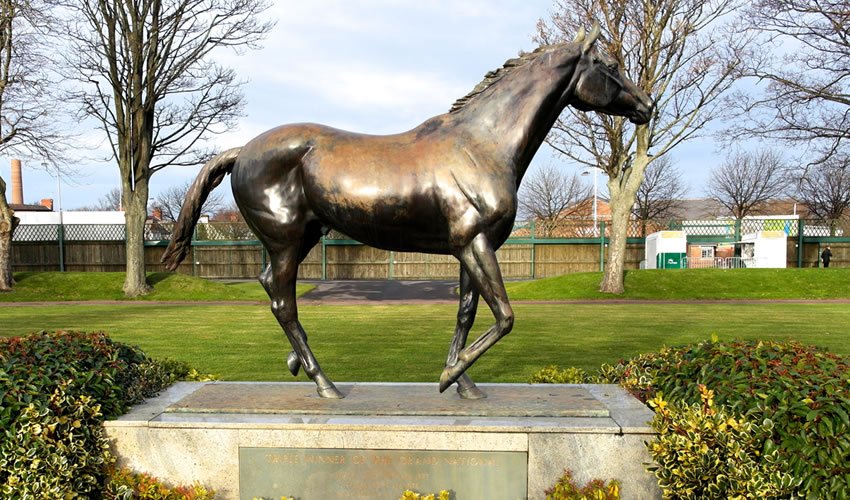 On April 11, 2015, last year’s surprise 25/1 winner Pineau de Re will bid to land the £1 million Crabbie’s Grand National for the second year running. However, all the stats suggest that, despite the best efforts of connections, he has little chance of repeating his tremendous success of last year under Leighton Aspell.

Some outstanding performers have triumphed in “the world’s greatest steeplechase” over the years but very few have managed to win the race more than once. With the exception of the superb Red Rum, the last horse to win back-to-back renewals of the four-and-a-half mile marathon contest was Reynoldstown in 1936!

Red Rum, of course, was an Aintree phenomenon and almost single-handedly revived the fortunes of a race that had looked in danger of disappearing all together. He won his first National in 1973 off a relatively light weight and then stunned all the pundits when returning 12 months later to repeat the feat with top weight.

Runner-up in both 1975 and 1976, few people believed that at the age of 12 the Ginger McCain-trained superstar could carry off another win. But in 1977 he slammed a fine field to run away to one of the most emotional victories in the history of the sport.

The scene of Red Rum’s third Grand National triumph under Tommy Stack, superbly described by the equally legendary Sir Peter O’Sullevan, is one of the most popular pieces of British sporting commentary ever produced.

So, the task facing the Dr Richard Newland-trained Pineau de Re is indeed a daunting one, especially as so far this season the 12-year-old has failed to show any sparkle in his two races over timber. Connections are hopeful he will perk up in the spring and give a very good account of himself back at Aintree, and he remains amongst the market principals – offered to back at 27 on betfair. But it will surely take a herculean effort for the ex-Irish handicap chaser to return and finish even in the places.

The last horse to go close to repeating a Grand National victory 12 months later was the David Pipe-trained Comply or Die, who firstly won the 2008 renewal when defeating St John’s Castle by four lengths. Then, off a 15lbs higher mark a year later, Comply or Die found only the stunning 100/1 shot Mon Mome too good for him when finishing a brave runner-up in the 40-runner field, under Timmy Murphy.

What Are The Chances Of A Back-to-back Grand National Victory?

What Are The Chances Of A Back-to-back Grand National Victory?
Scroll to top