Grand National weight’s day has almost become an event in itself. There usually aren’t too many surprises, but there is almost always a bit of theatre before and after the weights are announced.

Much of that is down to the grumbling of owners and trainers, all of whom would like the handicapper to be more generous on their runners. Michael O’Leary, the owner of two-time National winner, Tiger Roll, is particularly vociferous in this regard.

The weights have just been announced for the 2021 Grand National, and three big names – Easysland, Bristol de Mai and Santini – received top-weight of 11st 10lbs.

Tiger Roll got 11st 9lbs, which is probably not enough to keep Mr O’Leary happy. But further down the list, there are several horses who have been given a decent time of it by the handicapper.

Things will change over the coming weeks, and we will have to whittle the field of 106 down to 40 or so. But we have picked out a quintet who should be among the early tips and predictions for the Grand National, given their form, pedigree and good weightings by the handicapper:

You always want your Grand National selection to have some kind of pedigree in similar races, and Burrows Saint ticks that box after winning the Irish Grand National in 2019.

Ruby Walsh saddled Burrows Saint that day – just weeks before the legendary jockey retired. Walsh still speaks highly of the horse today. You can see by the odds he is respected, with only Tiger Roll and Cloth Cap higher in the markets with MansionBet.

Perhaps the biggest beneficiary of the handicapper, Cloth Cap is now among the firm favourites for the 2021 Grand National. Trainer Jonjo O’Neill has pinpointed Cloth Cap as a potential National winner for a few years now, and he may not get a better chance with him than this year.

The ground might play a factor, however, as O’Neill admits Cloth Cap could struggle if it’s not quick. A 3rd place finish in the Scottish Grand National in 2019 should satisfy those who look for a horse excelling in similar races.

From one of the favourites to an outsider with a big chance for an each-way place of better. Alpha Des Obeaux is one of Gordon Elliott’s 16 declared runners in this race, but he could easily overshadow some of the big names in Eliott’s operation.

Alpha Des Obeaux finished third in the 2019 Grand National, proving he can handle the Aintree fences. However, form has tailed off a bit since then.

It’s probably worth listening to what Elliott says in the coming weeks before backing him.

Another National winner – Secret Reprieve won the Welsh Grand National last month – and another set of owners who will be celebrating the handicapper’s decision.

Secret Reprieve will go off carrying almost two stone less than some of the race favourites, and that could count for a lot. The main issue is that the horse will not have come up against a field of this quality before. Nevertheless, the odds say Secret Reprieve is well respected.

Came second in the Grand National Trial at Punchestown last year, proving he can handle the distance. Agusta Gold has looked in good condition in two appearances so far in 2021.

The reason we like Agusta Gold is his consistency, never finishing outside of the top four places in 20 runs – that’s very impressive.

If he can handle the Aintree fences, then there is a definite chance of a place of better. 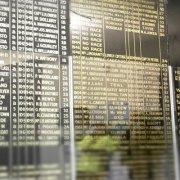 What Are The Most Popular Races To Bet On?