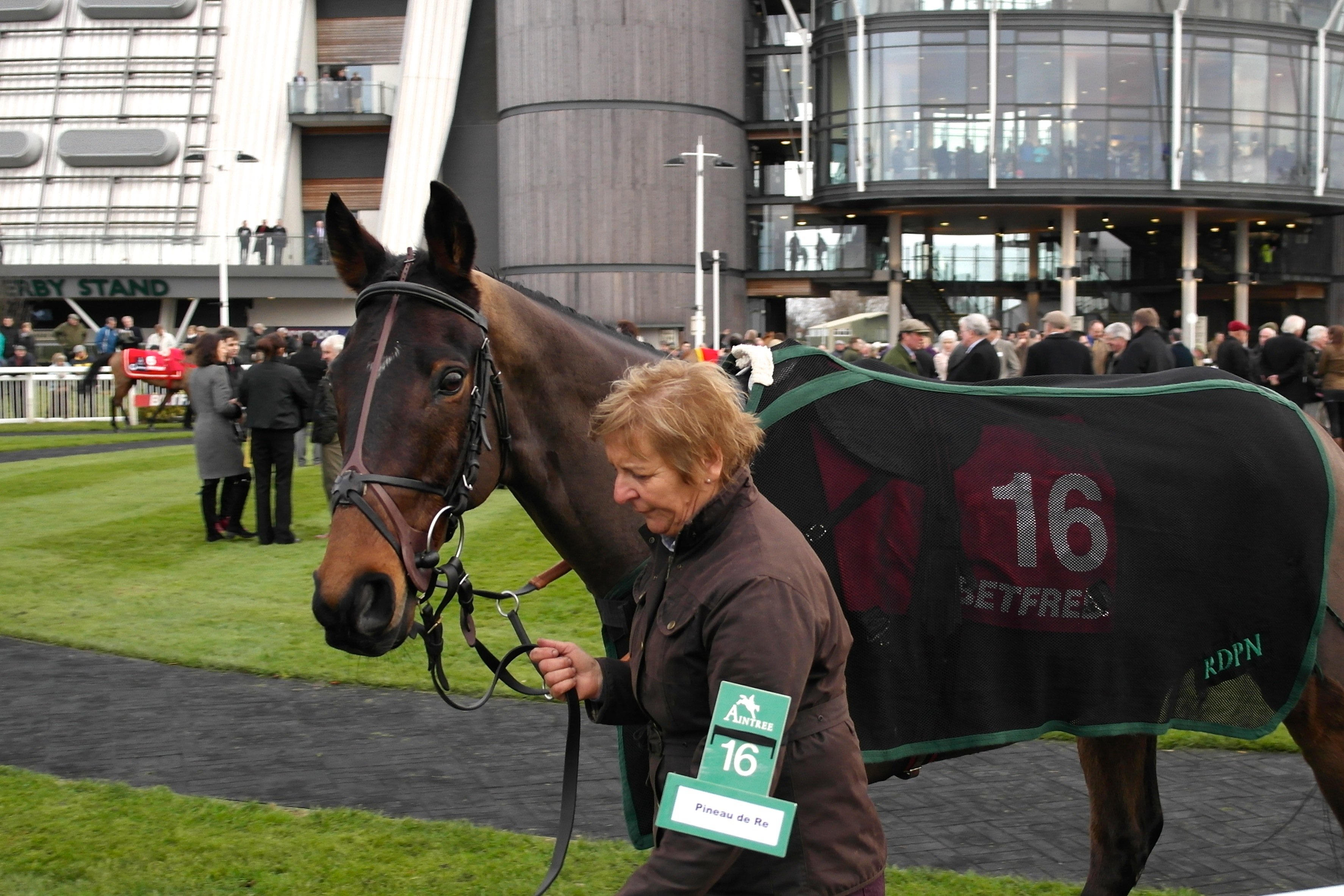 Pineau de Re was the unfancied winner of the 2014 Grand National, trained by Dr Richard Newland the horse was widely available at odds of 25/1 before the race started. The big price was generous when you consider he was very likely to win (statistically speaking).

Just like the 2013 Grand National winner (Auroras Encore) this horse was widely overlooked by the average punters and those in the know. Only one tipster I follow even mentioned the horse as a potential winner. Most experts pointed punters in the direction of Teaforthree, Long Run and Double Seven.

If we take a deeper look at Grand National stats over the last 20 years we’ll see that Pineau de Re was one a few horses who ticked nearly all the right boxes statistically to triumph at Aintree. Below we take a look at those important indicators that signal if a horse has a chance of landing the big one and how they related to the success of Pineau de Re in 2014.

[tw_label color=”#3dd16c”]AGE[/tw_label] At 11 years old Pineau de Re just made it into the optimal age for a Grand National winner. Most winners of the National are aged between 8 and 11 years old. It’s widely accepted that horses age 7 don’t yet have the experience or strength to challenge whilst horses aged over 11 have the experience but often don’t have the energy to see out the four and a half mile course.

[tw_label color=”#3dd16c”]WEIGHT[/tw_label] All horses in the Grand National carry differing weights to compensate for their perceived abilities. The best horse carry the heaviest weights, moving down on a sliding scale throughout the field of runners. Horses considered to have a poorest chance of winning will usually carry the lowest weight. Carrying top weight in the National requires the horse to overcome a massive disadvantage, that’s why so very few top weights have ever won the race.

In the last 20 years the average weight carried by the winners is 10st 9lb. In 2014 Pineau de Re was carrying 10st 6lb to victory. Very close to the optimal, and more importantly a weight which was well within the horses ability. Pineau de Re had in the past carried 11st 12lb to victory, albeit over a shorter distance.

[tw_label color=”#3dd16c”]AINTREE FACTOR[/tw_label] Aintree is a unique, the fences are unlike anything else seen by horses at other racecourses. This makes experience over them vital for success, horses which have previously jumped the National fences are usually favoured over those with no Aintree experience. Pineau de Re contested the Becher Chase at Aintree in 2013. Although the race ended badly when he fell at the 8th fence, the experience obviously helped him.

[tw_label color=”#3dd16c”]JUMPING[/tw_label]  As the Grand National is regarded as the toughest test of jumping a horse can face, you obviously need a horse with proven jumping ability. Rarely does a Grand National winner have more than two career falls against his name. Pineau de Re had previously fallen twice, once over the National fences in the Becher Chase in 2013 and once at Cork in 2011. For me this was the prime reason he was probably scratched from many short lists. Especially with his fall in the Becher Chase coming just four months before the Grand National. In many ways his profile looks exactly like that of the 2013 winner Auroras Encore, who also ticked many of the same boxes but was overlooked by punters as his five career falls put a big question mark next to his name.

The recent changes to the core of the Aintree fences might be making the race easier for those horses who aren’t the most reliable jumpers. It’s certainly one stat I’ll be watching closely for the 2015 National. All that remains is to raise our glass to Pineau de Re, trainer Dr Newland and winning Jockey Leighton Aspell.

What Are The Chances Of A Back-to-back Grand National Victory?

Stats All Against Pineau Repeating National Victory
Scroll to top